Only a couple of months into his first term in office, new Maryland Governor Larry Hogan has hit the ground running when it comes to implementing new plans and visions for the state. While his goals extend across the board from environmental awareness and the Chesapeake Bay to funding for education and more, he has also made important decisions regarding the state’s Workers’ Compensation program and its future. Read on to learn more about the latest developments from Annapolis regarding Workers’ Compensation. 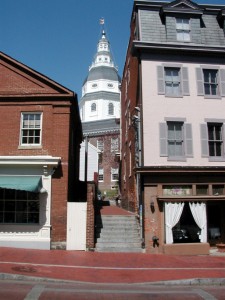 What Changes Has Hogan Made to Maryland Workers’ Compensation?

Workers’ Compensation in Maryland Under the New Governor

Hogan has made it a point in his early days as governor to discuss other matters related to Workers’ Compensation in the state and different plans he would like to see put into place regarding it. Medicaid, for instance, could be in store for some changes during the Hogan administration. The governor has discussed the potential for cuts being made in state payments for doctors participating in Medicaid, which could affect the successes of the Medicaid program in the future. Though it is still early days, we will no doubt see soon the effects of Hogan’s decisions for the direction the state will go in regarding Medicaid and Workers’ Compensation.

Getting Help With Workers’ Compensation Claims

No matter who sits on the State Workers’ Compensation Committee or what changes have been proposed to existing structures, one thing remains true: those in need of assistance with their Workers’ Compensation claims need to seek an attorney who can guide them through the process and ensure their success. Get in touch today for more information.

We have four offices across Maryland and Virginia with trained legal professionals ready to assist you. Please CALL US at 1-800-243-2439 to be directed to the closest Jenkins Block & Associates location to you.

This entry was posted on Thursday, March 5th, 2015 at 8:50 pm and is filed under Blog, Workers Compensation . You can follow any responses to this entry through the RSS 2.0 feed. Both comments and pings are currently closed.